Skip to main content
You are here: Blogs › Thoughts on Teaching ›

Right wing or left wing? Should a school teach morals or is that something that only parents should do?

Ask anyone if they feel stealing is wrong.  Unless there are special circumstances such as stealing food for survival, the answer usually is a resounding yes.  People understand that this is wrong because of one reason - they were taught a moral value from both their parents and their educators.  This teaching of moral values has been a topic of controversy in education for years, with good reason.  The debate has always shifted around it is the parents' responsibility, what morals to teach, and how would you teach those morals?

Parents and educators need to work together in educating a child.  Teachers always wish that the parents would be involved in their student's education.  On the opposite side, parents will say they don't hear enough from the teacher.  Parents have become ingrained that "no news is good news" and if they were to receive a phone call their child must have done something wrong.  Both spectrums leave a child working though a system that doesn't communicate, but they eventually emulate.  This being said, educators are constantly being observed for all types of behavior and are teaching students moral values without even trying through modeling (Lewis 112).  This is why, as a community we can not simply place the burden on the parent to teach moral values.  Gregory A. Valde was quoted as saying

Of course I want my daughter to learn to read and write and calculate and understand history and science, but only in a context that honors effort, kindness, integrity, laughter, and balance.  I do not want her to spend her days in a place where love is rarely mentioned and achievement is an end in and of itself.  I want her to learn to write because she finds in it a way to connect to others and explore her self.  I want her to read difficult things because she seeks to understand and believes in meeting and facing challenges.  And I want her to study government because she feels a sense of responsibility to build a better society.  That is, I want her achievement in school to follow from her spirit and character.  I do not think it works the other way around (Lewis 113)

The main point of what Gregory Valde was in what he did not say.  He never mentioned that the school should teach if abortion is right or wrong, if there should be capital punishment, or discussed gay rights.

Teaching moral values has become a major battleground with all of the new and old controversies.  People are afraid that students will be taught to think either to the "right or left" and side with various political parties that might not be their own.  Teaching moral values has absolutely nothing to do with gay rights or any other topic (Sommers 139).  Instead, teaching moral values has decidedly become an essential set of "core values" or what is being called character education.  The idea of character education is not new.  In 1958, Neil McCluskey stated that "historically the common school has been one of the most effective forces in building a sense of the American 'community' (2)".  He also quotes William Torrey Harris from a report written in 1872, where Harris sited that the moral training should include (1) punctuality, (2) regularity, (3) silence, (4) truth, (5) industry or work and (6) respect for the rights of others (151).  Some of these still hold true today, but the majority of schools working on character education are focusing on one topic - respect.  Mundelein High and Deerfield High both in Illinois have had extreme success in their schools with building a character education program that was founded by students (Matera).  The descriptions of why the students wanted to begin the program and how it was implemented fill an entire book, which to say the least is awe inspiring.

The programs developed were taught by the entire staff of teachers, secretaries, principals, etc…  The schools held various assemblies discussing what they felt was appropriate and then modeled that behavior like cleaning the school and limiting swearing (Matera 54).  These two schools have not been the only facilities to implement these types of programs.  The Hyde School in Bath, Maine has also implemented some of these programs but to a higher degree since their student population consists solely of children in and out of juvenile detention centers and has had unprecedented success (Gauld).  Pocono Mountain East High School implemented a program in 2005 to encourage students and teachers to nominate anyone for recognition each month, and they have had a very pleasant outcome.  Dan Higgins, Pocono Mountain East High School's Assistant Principal was very pleased with the outcome of the programs and student involvement to make the school a better place.  Even the federal government believes that schools should develop a character education program.  In the government booklet Helping your Child Become a Responsible Citizen, printed in a series to help parents implement the No Child Left Behind Act at home, it suggests that parents reinforce any character education programs already in place.  The booklet even goes one step further to suggest if one is not in place, the parent should try to implement one (52).  This document reinforces that there is no special teacher needed to express these values and that as educators we are highly qualified to teach character education.

Being educators under the No Child Left Behind Act, we are constantly worried about being highly qualified and the public perception of teachers by the community.  Character education brings that to a whole new level working together with everyone, including parents to develop a student that actually demonstrates most teachers number one class rule: to respect everyone. 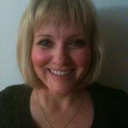 Vanessa, interesting point! I teach many educators across the country and say that most do include a character education program in their schools. I also teach a course on integrating technology into classroom instruction for the gamer generation, digital natives. One thing we discuss is how they perceive the "cheats" they can download on their games. The older generations view this as valid cheating, whereas the gamers tend to view this as a problem-solving step to get to the next level on the game. :) I wonder how that folds into how they perceive character education and values?

This article is really fantastic and thanks for sharing the valuable post.

Thanks for sharing. I hope it will be helpful for too many people that are searching for this topic.